Martin Horenburg was the senior radio operator (Funkmeister) aboard U-869. A knife with the name Horenburg carved into the wooden handle was discovered in the wreckage on November 6th 1991. This was a valuable clue to the identity of the U-boat, but at the time the knife alone was not conclusive proof.

For someone whose name is so interwoven into the identity of the U-869 there is very little personal information available on Martin Horenburg. From his military records and death certificate we know that he was born October 1, 1919, his parent's names were Harold and Ida and his wife's maiden name was Marga Preetz. He served as a radio operator on at least four different U-boats in almost every sea the U-boats operated in throughout the war. From the survivor of U-869, comrade Herbert Guschewski, we know that Martin Horenburg was a capable and experienced radio operator, a well liked and amiable man, but one who kept to himself. Horenburg never mentioned to Guschewski anything about his wife and family and "when in port Martin pursued his own interests and did his own thing". 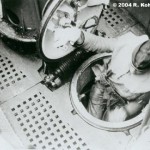 During the research for the NOVA program, "Hitler's Lost Sub", Der Spiegel TV was able to locate Martin Horenburg's daughter. She was an infant when her father disappeared with the U-869 in 1945. Her mother remarried and her new husband adopted the child, giving her his name and raising her as his own. To everyone around her in her town and in her life, this man is believed to be her paternal father. 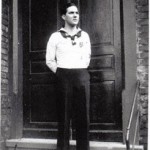 She did not find out that her real father was Martin Horenburg until she was eighteen years old. Against her mothers wishes her maternal grandmother told the girl about Martin and gave to her some of her father's personal effects that she had held onto all those years. She has maintained the name of her stepfather and in order to honor him she chose not to speak on camera or be interviewed directly by anyone besides Der Spiegel TV who has promised to protect her identity.

Martin Horenburg was a prolific photographer and left behind a large collection of personal photographs taken between 1939 and 1944. These photographs are a record of his service in U-boats and bases in Germany, Norway, France and Italy. Martin Horenburg's daughter has graciously allowed me to display her father's photo albums. 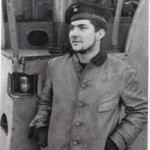 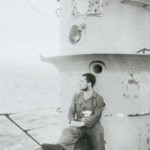 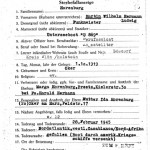 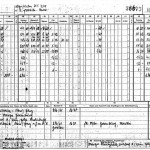 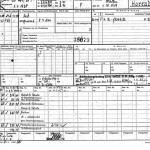